I work for the people, not the commissioners, not the county, not developers, not special interests and I respect the right of the citizens to have a voice, not to be silenced by overbearing commissioners as was done to the people who live in Lemmon Valley. Some developers were allowed by the court system to sue private citizens who spoke out at meetings against their projects, what happened to freedom of speech here in Washoe County?

I am against abusive taxes and the practice of allowing developers to sue citizens and homes illegally.

I am against wasteful government taxpayer spending or preferential treatment of big established corporations over small businesses.

I believe that education is for useful learning, not for brainwashing and force-feeding Critical Race Theory to our children.

I believe that public lands belong to the state in which they lie and are owned and managed by the people of this state; we deserve the same rights as the rest of America.

Our elections are sacred to most Americans and must be transparent, fair, honest and we have the responsibility of protecting our voting rights. I follow my Oath of Office and believe my duty is to serve and protect the citizens of Washoe County and I do not work for the county; I work for you! 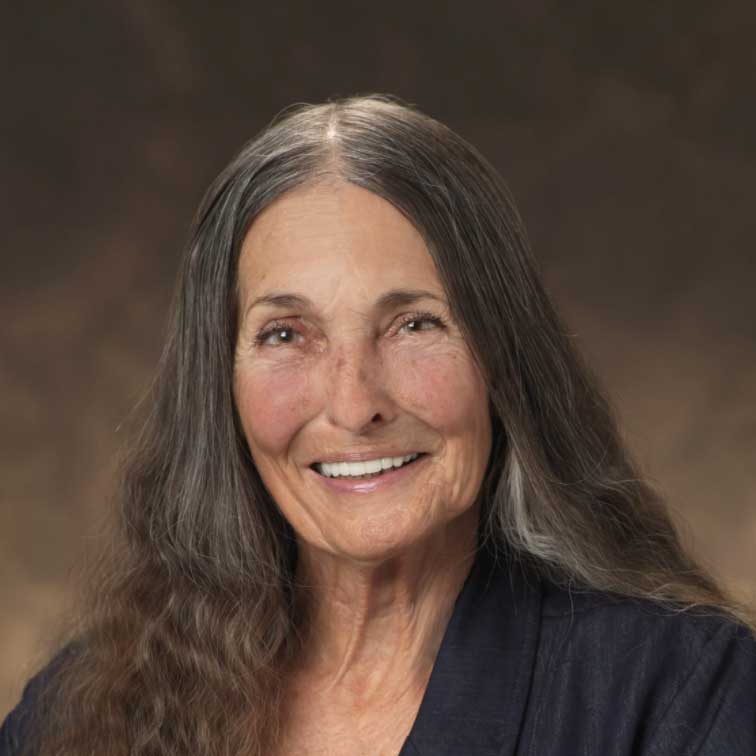 I was born on the Fourth of July and I firmly believe in God and Country, in the Constitution of the United States of America, and the Bill of Rights.

As a commissioner and public servant, it is my duty to protect citizens’ private property and rights from being infringed.

I was born on the Fourth of July and I firmly believe in God and Country, in the Constitution of the United States of America, and the Bill of Rights.

As a commissioner and public servant, it is my duty to protect citizens’ private property and rights from being infringed.

1. During the last “Save the Sage Grouse” episode I was honored to work on removing a mistaken classification on two important parcels of land, one being forty acres near Sparks designated for a veterans cemetery, and the other eighty acres designated for a school at the edge of the Highlands in Sun Valley where Desert Skies Middle School was built.

2. When the county decided to put together a Land Plan to gain access to public lands for development purposes which would have eliminated thousands and thousands of acres of multiple-use land in District 5, I met with ranchers and other users, such as miners and recreational users of all types, Farm Bureau, Nevada Cattlemans Association, Nevada Four Wheel Drive Association, and Public Lands Access Network and we were able to slow down the process for three years. Land Plans have a bad reputation in Nevada for not only paving paradise but also the removal of hundreds of thousands of acres from beneficial use, which is unfair in every way to the historic land users. Over a billion dollars in economic value to the county could disappear with the stroke of a pen! The new Land Bill If passed could create many new Wilderness areas, over a half-million acres of Conservation areas, and they are barely started. Land plans definitely have consequences for ALL public land users.

3. A request was made to have an illuminated community sign for information and announcements of events on Sun Valley Road and we got it done.

4. Quartz Lane in Sun Valley was becoming a dumping ground for old vehicles, car and truck parts, old motorhomes, and it was blocking traffic, making it difficult for mail delivery and school buses to get through. The Sheriff’s Department came to the rescue to make it safer for the citizens.

5. I helped organize a joint North Valleys clean up committee consisting of the Bureau of Land Management, Washoe County Sheriff’s Office, Park Department, and County Health Department, as well as others, to make a plan to remove old vehicles and other debris & squatters from public and private land. Truckee Meadows Fire Protection was also involved.

6. Devised a plan and located a 600+acre BLM property for a place for citizens to shoot their rifles and handguns safely, and not be blamed for starting fires, working with Truckee Meadows Fire, the Sheriff’s Office, BLM, and Forest Service. No help from other commissioners.

7. In early 2017 Swan Lake flooded homeowners in Lemmon Valley. I did not feel the county was doing enough for the people who were going through this disaster. I decided to fly to Washington DC for assistance and working with our lobbyist and our congressman soon we were able to bring FEMA and the Corp of Engineers to Swan Lake to install Hesco Barriers to protect citizens’ homes.

8. I worked with a water engineer who mapped Lemmon Valley for me where the danger of reflooding was greatest. He advised the elevation of homes like is done in the Southeast. So I talked to the FEMA folks in California and they felt it was necessary and that they should be able to help. I got estimates from contractors for raising each home and resetting on Elevated foundations and concrete work. I was able to get interim financing from Zion Bank. Could not get approval from the commission.

9. I also worked with another engineering firm to engineer and build a reservoir on public lands for emergency storage of floodwater, to prevent future flooding. I spoke to people I knew at the Interior Department and they thought it was a great plan and doable. The estimate for the project was feasible, but I was not able to spark any interest from the commission for the safety of the citizens of Lemmon Valley.

10. The Seniors at Cold Springs were in need of a van for transportation for medical visits &shopping and I was able to engage the Lissner family and the President of Summit Engineering to generously provide a beautiful van for the Senior Center.

11. With discretionary funds, I was able to provide the Cold Springs Senior Center with an automatic door opener for ADA Compliance.

12. During the Covid Emergency, I fought to keep public lands in Washoe County open for recreation so that citizens could safely spend time enjoying outdoor activities and fresh air to prevent cabin fever and the potential for domestic violence.

13. It took almost nine years but I fought our board desperately to regain our Citizen Advisory Boards which are the voice of the people! We fall short of a full return due to the inability to actually hear development issues and give their opinion on each one in their business meetings. Citizen Advisory Boards are the training ground for future commissioners and legislators and are places to solve problems within the community so they don’t become larger issues.

14. Researched , submitted, and resubmitted a resolution to encourage transparent, fair and honest elections. And submitted a one item request for an agenda item regarding the use of paper ballots only, which has been rejected by the commission and Chairman Lucey.

15. The location and recording of RS2477 Historic Roads has been a goal of mine for over 6 years. I employed an engineer to provide a map of our county with all the pertinent markings necessary in order to get the job done at the state level. I worked with the Farm Bureau, as a member of NACO, on the state level with then Attorney General Adam Laxalt, and at the Federal Level. I was disappointed that I was not able to convince the Board of Commissioners to allow me to seek their approval for an Agenda item that would have given protection to the people of Washoe County, which includes ranchers, miners, hunters,dirt bikers, four wheel drivers, hikers, and mountain climbers, and permanent access to existing and historic roads on public lands. Other commissioners in other counties seem to care more about rural issues and with almost 90 percent of our county being public lands and rural, and with billions of dollars coming into our county from the above mentioned activities, I felt it was extremely important.

16. A few months ago, I had a call from some very nice citizens from Black Springs who had a plan for a museum in their area and after we talked about it I invited them to come to our next fire meeting so I could introduce them to Chief Moore, which they did, and Chief Moore said he could help them with their plan which was to take possession of the original Black Springs Volunteer Fire Station and convert it into a fire museum to honor the firefighters of Black Springs. Chief Moore did his magic and brought a dream to fruition. The opening celebration was well attended by all!

17. The Palomino Valley Volunteer Fire Department had a need to bring the station up to ADA compliance, and I was able to use discretionary funds to accomplish that need.

18. During the Incline Tax discussions, I worked together with our County Manager Eric Brown, and our Assessor, Mike Clark, to bring forward a plan for an equitable settlement of the long term debate regarding overpayment of taxes by Incline area taxpayers.

19. I was never a supporter of the Covid Emergency. It was handled extremely irresponsibly, from withholding the supply of lifesaving products, to mass regulations including the wearing of masks to selectively shutting down businesses and destroying their ability to make a living or provide for their families. It has been a deadly experiment from Hell! Citizens should be allowed to choose what treatments they wished and what to wear on their faces. We finally as a board came to agree to just that.

20. I worked with Tom Hammond, a County Supervisor in Lassen County, and the Commander at the Herlong Army Depot, as well as our two senators in Washington, DC, and both congressmen Mark Amodei and Doug LaMalfa on a project called the 395 Expansion Coalition. This plan would provide a fiscal solution for much-needed traffic on the 395 between our “Spaghetti Bowl” and Susanville, which has a reputation of being a very dangerous road to travel as well. We held our first joint meeting with Washoe County and Reno representatives meeting in the Caucus Room with California dignitaries including the Commander of Herlong Army Depot, County Supervisor Tom Hammond, and several others. Covid slowed us down a little but we are anticipating a second meeting very soon.

21. I have begged and begged for an increase in sheriff deputies especially in our North Valleys, because of the huge amount of development and population growth, it was impossible for a handful of deputies to handle the stress of trying to be everywhere at the same time. District 5 is a huge area and the safety of the citizens is our prime concern, or should be. It certainly is my number one concern!

Who I’ve Stood Up For

The information in this attached email is the basis and/or foundation of the 20 Point Election Integrity Bill that was recently presented to the Washoe County Board of Commissioners for their approval, subsequently avoided like the plague, and only After hundreds of Patriotic citizens came to speak on this important issue did the Chairman, Vaughn Hartung, allow it to be heard at all. It was promptly rejected by four Members of the board.

Link To The Election Integrity Resolution

Link To The Attached Email

Get In Touch with Jeanne